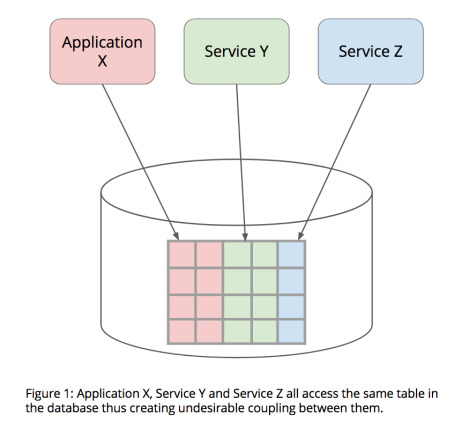 In this post, I would like to talk about the various types of coupling created when multiple applications integrate via the same database. It is highly encouraged that a service or application owns its data. When a service owns its data, it creates explicit contracts through APIs that are business-truthful as opposed to implicit contracts via database tables that are more implementation detail.

Here are the various types of coupling.

Thanks for reading! Comments/feedback welcome.